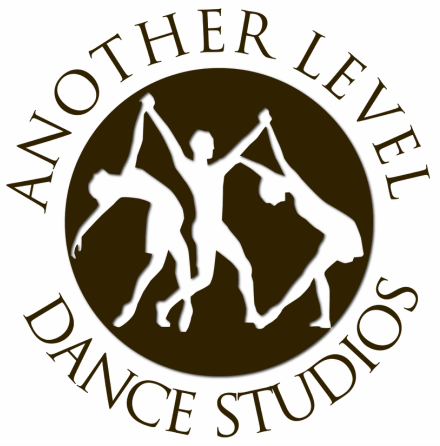 Ashley Callier, originally from South Carolina and raised in New York,
had her first dance class at the age of 8 years old. Her primary dance
school for 10 years was June Claire Dance Studio. There she studied Tap,
Jazz, Ballet, and Pointe. As a student she learned the foundations for all
the styles of dance listed above. As a teacher she learned to train young
students in these areas. Ashley also danced in the JCLynn Dance
Company for 3 years at this dance school. Ashley was accepted to the
Nassau Boces Cultural Arts Center (now known as the Long Island School of the Arts) during
her sophomore year in high school. She graduated with a dance diploma, as well as her New
York State Regents high school diploma. In 2002, she called the Virginia Commonwealth
University her new home as a Dance Major. Ashley studied there for two years and moved back to
New York where she trained at the Alvin Ailey Dance School. During her time at the Ailey school,
she joined Hudson Repertory Dance Company headed by Artistic Director Freddie Moore. In the
company, she trained young dancers and performed in many dance concerts all over the U.S. and in
other countries, like Barbados and Trinidad. Ashley is a licensed dance minister class of 2011, Eagles
International Training Institute.

April Little started dancing in 1997 and continued throughout college. She began
dance ministry in 2004 under the leadership of Frederick Moore. She
continued dancing with him nationally and internationally for two years. In
2008, April took her love and passion for the Lord a step further and
became a student of the Eagles International Training Institute for dance
ministers (www.Eaglesiti.org), under the direction of Apostle Pamela Hardy
(www.drpamelahardy.org). During her time in the institute, April relocated to a
new church (Living Water Community Church) and became one of the dance ministry
leaders of Victory Dance Ministry. April graduated in 2009 and received her ministerial license in dance
ministry and then moved on to teaching TEN (The Eagles Network) as PA’s State Leader. In 2010, April
graduated from the Eagles Leadership Training Institute and is now currently teaching TEN (The Eagles
Network) in PA and NY, leading the dance ministry at her local church, and she is a graduate of KAMT (Kingdom. Ambassadors.
Ministerial. Track.) class of 2011.

Kyle Little was born in Jersey City, New Jersey. He started his dance training under the direction
of Minister Freddy Moore, Artistic Director of Hudson Repertory Dance Theater.
While attending Hudson Repertory, he received technical dance training in several
forms of dance including ballet, modern, jazz, hip-hop, tap, and West African. In seeing
the gift that God placed in Kyle, Mr. Moore offered him a teaching position teaching
hip-hop and tap.  This was the jump start of his career in the arts. With Hudson
Repertory Dance Ministry, Kyle was awarded the opportunity to minister and teach in
various places both foreign and domestic. He is currently a graduate of the Eagles
Interntional Training Institute as a liscensed dance minister and is pursuing his career
and ministry teaching dance nationally and internationally.

Shilisa Johnson, a native of Harrisburg, PA,  started dancing in
1993 when she was 3 years old. She studied Tap, Ballet, Jazz,
and Pointe at her local studio; Patsy Morris School of Dance. In
2001,  Shilisa became a student teacher for the younger classes
and continued until she graduated from high school, 08'. In 2004,
Shilisa joined a Christian dance  group at the center for champions
called P.R.I.S.M. It is here where she also joined the step team,
which was called CR8ED (pronounced "created"). It was then that
she knew what God wanted and how to give the gift He had given her back to Him in praise
and worship. After joining Living Water Community Church in 2006, Shilisa was asked by
the Worship & Creative Arts Pastor to minister in dance for service and upon doing so
Un2Him Dance Ministry was formed. In 2009, God called Shilisa along with her ministry
partner to expand Un2Him and create a ministry team called Victory Dance Ministry.
Shilisa is currently one of the dance leaders of Victory Dance Ministry and she is also
studying to receive her license in dance ministry come this fall; under the leadership of
Apostle Pamela Hardy, Set Free Evangelistic Ministries, INC.